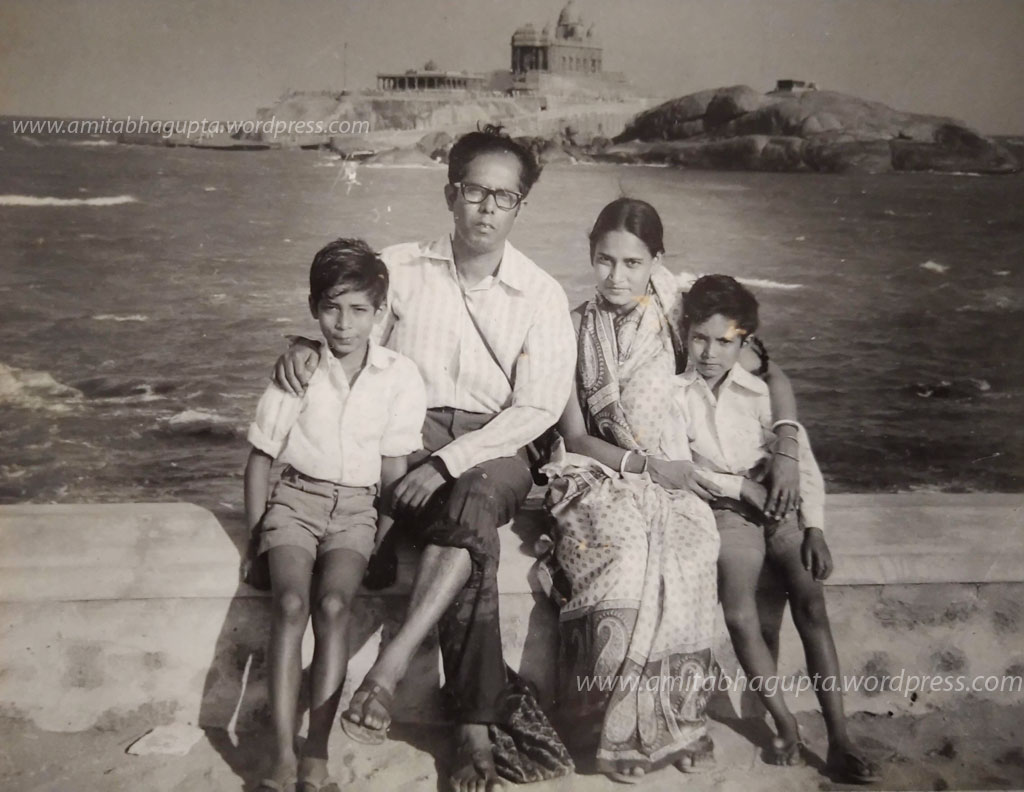 Although peace activist Ann Reeves Jarvis first celebrated Mother’s day in 1908, I hardly remember any celebration relating Mother’s Day during my childhood, teenage, college life in the 1970s and 1980s and even in the 1990s. In the late 1990s, I first heard of the term and a little bit of its history. As everyone must be knowing that Mother’s Day first started as a local holiday in 1911 in the U.S.A. and later in 1914 President Woodrow Wilson designated Mother’s Day as National holiday to be held every year on the second Sunday of May to pay respect to Mother’s all over the world.

I never felt any reason to celebrate any particular day as Mother’s Day as I stay with my Parents since long and except my long travel tours have not been way from home for long times. My mother never complained on my along absence, except once when I was out of home for 21 days basking in the warmth of sun in the Konkan coast. This was because Dad developed a sudden illness and I hopped in the next available flight to reach home.

This Year, I felt that celebration can be left aside but I can recollect some fond memories about my life with my Mother on this day. At present my Mother is 78 who have restricted herself mainly into indoors. She is physically fit but not that agile anymore.

We used to refer to my Mother as “Tendulkar of the family”. That means whatever crisis arises in the family, she will handle it. That can be any situation. My brother was highly mischievous in his young days. Once he came home after receiving a blow on his forehead by an iron rod while playing with its friends. He covered his swollen forehead with long hair and came home timidly. My father did not suspect anything but Mom immediately spotted it. It took around two weeks to get that swelling cured.  As for me I was not exactly mischievous, but I was full of extraordinary ideas thanks to reading comics and detective stories. The worst scenario I created in school was when I wrote a threatening letter at the age of 10 to the landlord of our school premises, because I suspected (!) him to be gang leader of a smuggling racket!!  An official complaint was made to my parents. Dad was furious. However, mother faced the teachers and principal as my lawyer (!) and saved the day for me. In today’s world I might have been banished from the school. This was just a sample of our deeds.

My English was pretty weak till class 8. My English teacher Jayant Kulkarni had a great role in reviving my English, but the home support came from my Mother due to which I could secure good marks.

I was afraid of spiders, specially the huge one which used to lurk in the restrooms. Often at the sight of these eight legged monsters I used to retire from taking a bath, whence my mother used to brandish a broom and finish the menace in one or two blows. Her aim was bang on target.

Coming to my teenage days, I remember one crisis situation at Dad’s Staff Quarter at Ranchi. He was employed in Mecon as Chief Engineer. Mecon was conducting some project in collaboration with Russians. For that reason, many Russians used to visit Mecon’s office at Ranchi. On that particular day a handful of delegates were to visit our house for lunch. Mother was busy preparing many delicacies for the invitees’ singlehandedly. Like many Bengali veteran Mothers she is an excellent cook and in her heydays could prepare considerable amount of delicacies with minimum resources in record time. At that time, me and my brother was settling out an argument between through a boxing bout. I was scoring heavily, but then someway I slipped and whacked by head on the rusted door handle. It was a deep cut and I bled profusely. My brother in a fit of panic dragged be under the shower and switched it on and tried to wash the blood away. Of course, that was not a solution and I knew this would not work. We knew this was not the best of the moments to report to the parents, but we knew the situation was going out of our hand. At that time my Grandmother was staying with us, but we knew that though she was a veteran too in handling crisis this was a job for Tendulkar. No one else could solve this.

I rushed downstairs to my mother at the Kitchen. Thankfully her cooking was complete that time. One look at me and she ordered me to go and lie flat on my face on the bed in the bed room. Then she emptied one full small bottle of Ferrum Phos over the wound. It is a homeopathic medicine which helps in clotting blood. I have seen that using her in numerous occasions in the past with success. The whole process was executed in fast pace and in silence. My father was not aware of this and was busy attending the guests. He first noticed my absence in the dining table. On enquiring, he was told I was sick and was resting upstairs. It was only after the Russians left, he got to know the full story.

At Ranchi, we had a well spread picturesque garden.  My dad was a good collector of plants and had the knack of getting rare species. Our flowers and sometime vegetables won several prizes at local completion. My father used to accept those prizes with a broad smile. However, the credit of growing those plants to their prize winning situation goes to my mother as she relentlessly worked on them while my father was busy at this work in the office. One of the good qualities of my mother was that unlike many Bengali housewives she never made a big fuss of cooked food being eaten at designated places like dining table. I have eaten dinner and lunch at my study tables too without any fuss. My Grandmother was not exactly pleased about it, but my mother allowed it nonchalantly.

In my childhood, we travelled a lot with my parents. It is during these tours, I learned the lesson of adaptability while travelling from my Mother which still helps me to this day.

Regarding handling serious crisis of the household, the list is endless. My father had a serious accident which had his right hand almost getting malfunctioned. The way mother handled that crisis singlehandedly can be only compared to Tendulkar pulling up the Indian team after a major batting collapse. There were other emergencies like my grandmother getting cerebral attack, legal problems with properties and other serious problem which she handled  with a cool brain.

Till three years ago, she was regularly doing all the shopping and marketing activities of the house. Though I had regularly done shopping and all other chores when I visited Calcutta during my college days, going to market to buy fish and vegetables was my monopoly. Whenever I volunteered, She said “ Tui Parbi naa” ( You acannot do this)

Then she suddenly fell sick due to a cute Vitamin B deficiency. Like many Indian mothers she hardly took care of herself especially when it comes to taking nutritious food in bulk quantities. It took around one year to bring her to good health, but then she had lost interest in going out to do the family chores. Maybe she was bored after doing the same old routine job again and again.  Also now she was nervous about going out alone, which was understandable. I took her out with me to market sometimes, but later she refused going out later too and preferred to do stay indoors.

I could have ended this blogpost with a note of retirement of the Tendulkar of our household, but something happened in my house the other day. I was getting ready for taking a bath and switched on the Geyser. Then as I looked down, I saw something which bought my past fears back. Just above the Water tap, there was a huge black spider almost 1.5 size of my palm crouching on the wall! It looked deadly and although I do not have arachnophobia, it scared the hell out of my life. The last time I saw such a big creature when I first moved to this house at Calcutta in the 1980s

I forgot that I was 53! I forgot I had done so many daring adventures in my life. It is said that a childhood fear stays forever in my one’s life. I jumped out of the restroom and landed in the balcony. My mother was cleaning some dust with a broom.

She looked at me and asked “What happened?”

“There is a large spider in there. Huge black one.” I said

“Where is it?” said my Mother and entered the restroom with a broom. Two blow and the monster was dead. At 78 she still had the perfect aim.

Tendulkar may passed the prime form and retired but there are some crisis which a Tendulkar can only solve!